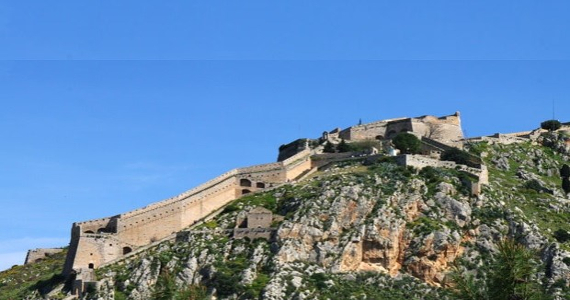 The imposing castle of Palamidi rises 216 meters above the city of Nafplio and you can visit it either by car or climbing the 999 steps to the top of the hill. In both cases, Palamidi castle is surely worth a visit, as the view from the top towards the old city of Nafplio and the Argolic Bay is definitely breathtaking. 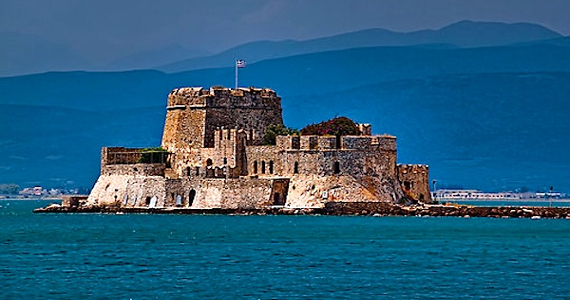 Bourtzi is a small fortified island at the entrance of the bay of Nafplio. It was built in 1473 by the Italian engineer Gambello and first named as «Castello dello Soglio». Over the years it has been the first prison of commander Kolokotronis, hosting area of the Greek government, .while in 1930s it belonged to the Greek National Tourism Organization, and some decades later, between 1960 - 1970, it was a luxury hotel and restaurant. Today, you can visit Bourtzi by boat, starting from the port of Nafplio and you can arrive there within 10 minutes. 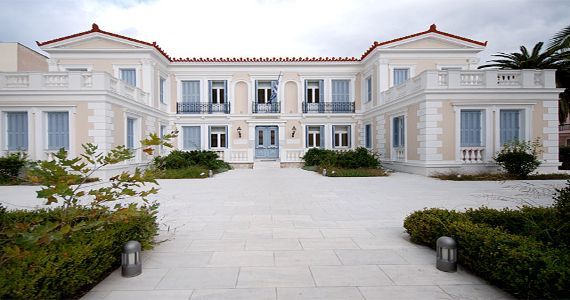 In an imposing neoclassical building in Sidiras Merarxias str. You can find the National Gallery. Apart from the permanent collection and temporary exhibitions, one can "travel" in the city's history and the liberation struggle of the Greeks leafing through albums and art books in its rich library. 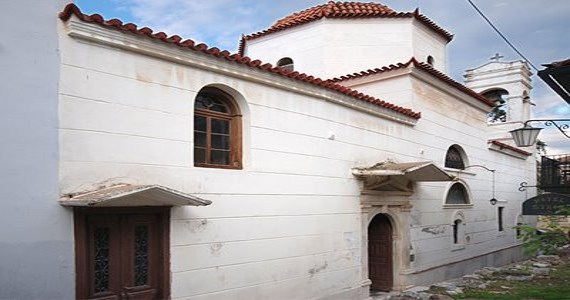 Walking through the streets of the old city of Nafplio you will find the church of St Spiridon's, right in front of the small square that has been named after it. As you enter, you will be impressed by the iconography, simplicity of its architecture and its spiritual ambience. Just outside the entrance of the church, the first governor of the free Greek state, Ioannis Kapodistrias was murdered by members of the Mavromichali family due to political (rivalry) on September 27, 1831. On the wall right next to the entrance of the church there is a glass case, indicating the place where the fatal bullet wedged. 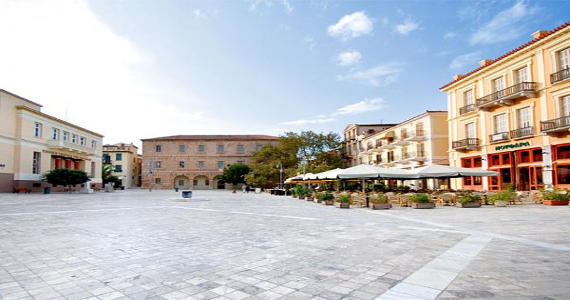 Syntagma Square is the largest and most typical square of Nafplio. The original name was "Platanos Square”, because of the imposing tree, which remains in the square until now. As a miniature of the city, Syntagma Square is full of life. The square is surrounded by important historic buildings: the Parliament House, which was also the first Greek Parliament, the Old Mosque, Kapodistrias’ house, the house of Theodoros Kolokotronis and the Archeological Museum. 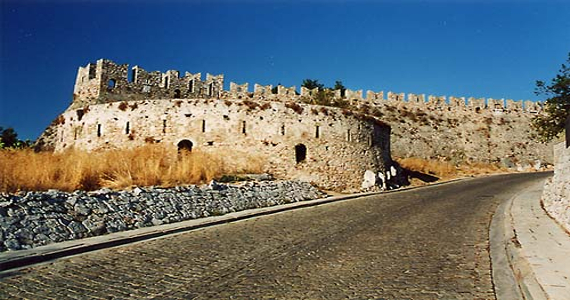 Akronafplia is the rocky peninsula, which once was the acropolis of Nafplio. The view of the city from Akronafplia is very impressive. Arriving at the clock, you can rest and enjoy the sunset from the most beautiful part of town. If you choose to follow the pedestrian of Arvanitia that skirts the rock of Akronafplia, you will make an idyllic stroll reaching the beaches of Arvanitia and then Karathona, right close to the sea. 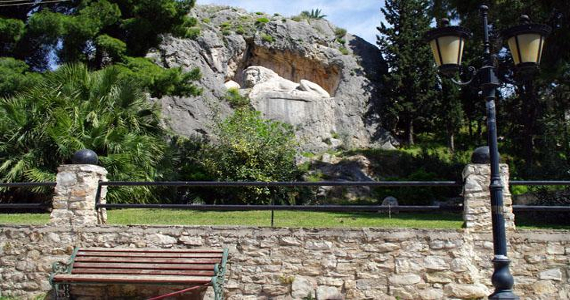 The Lion of Bavaria

The lion, which is carved into the rock on a monumental scale, seems to be sleeping. The sculptor of this beautiful monument was the German, Christian Siegel, who was the first professor of sculpture at Athens Polytechnic. The model for the work was the Lion of Lucerne, by the famous Danish sculptor, Bertel Thorwaldsen. 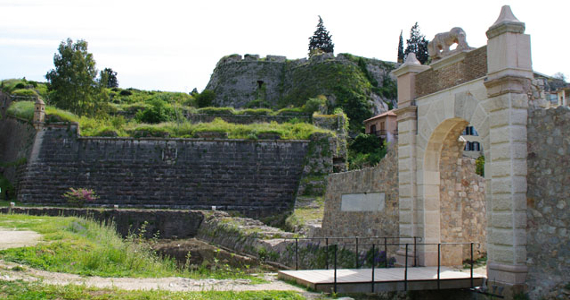 The Land Gate was built in 1708, by the French engineer, and succeeded the earlier gate dating from the first Venetian occupation. It was the only entrance to the city by land and, in fact, the gate would be closed at sunset. 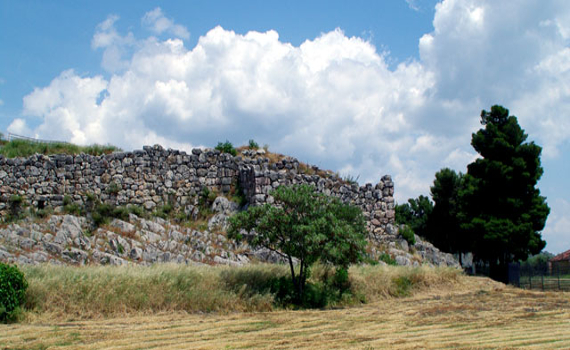 The low hill of Tirynth, in the 8th kilometer of road Argos-Nafplio, was continuously inhabited from the Neolithic Age to Late Antiquity. In prehistoric times, the area flourished mainly during the early and late Bronze Age. 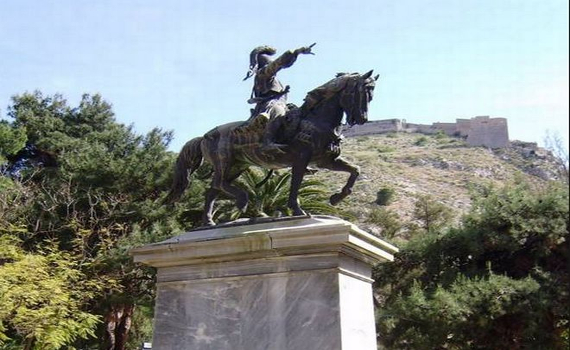 The centre of the park is dominated by a monumental statue on horseback: the hero of the Greek revolution, Theodoros Kolokotronis. It is one of the most important works of neo-Hellenic sculpture and was created by the Tinian sculptor Lazaros Sochos in Paris.

You can also visit the following attractions that are within small distance from the city of Nafplio: 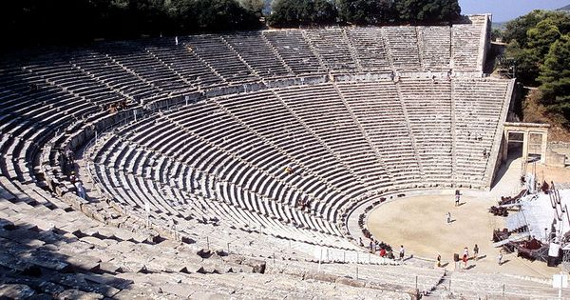 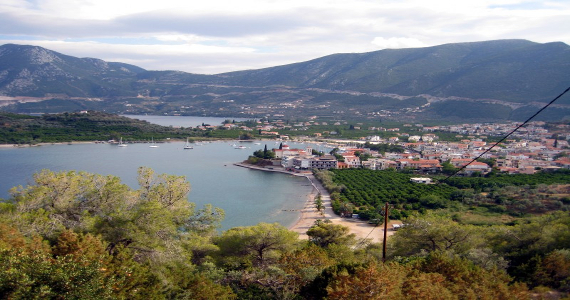 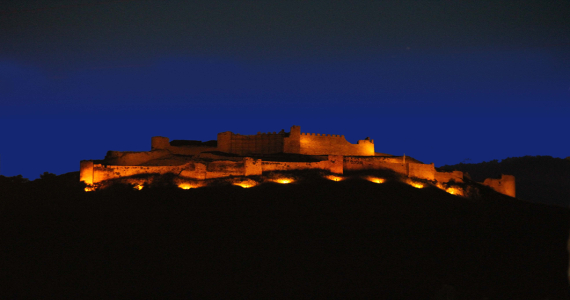 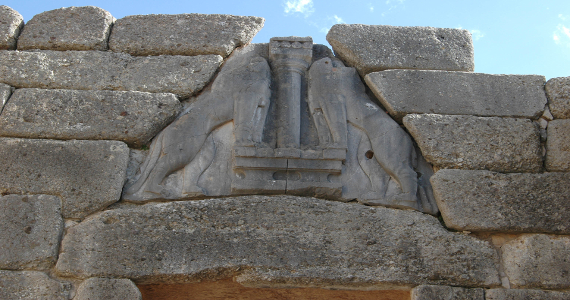 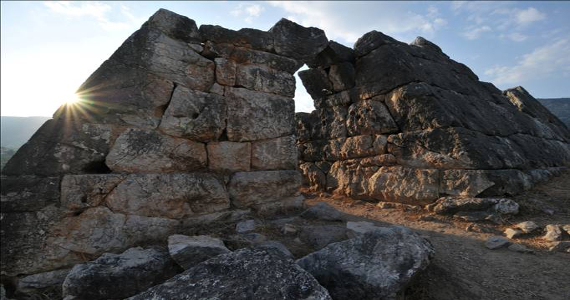 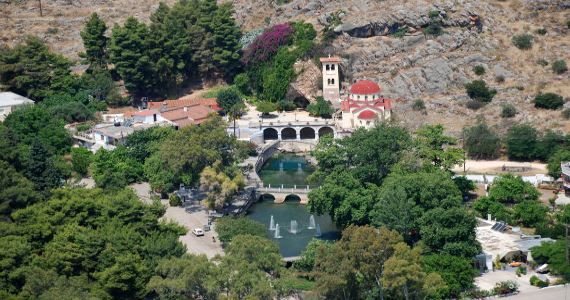 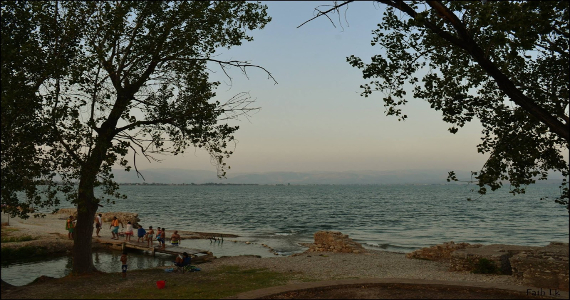 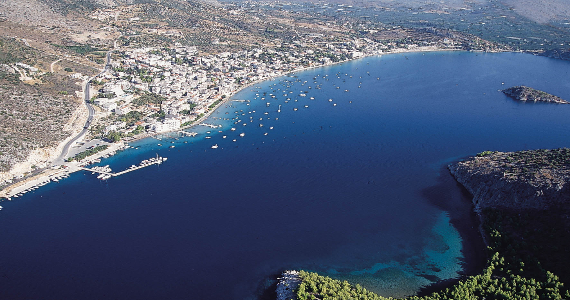 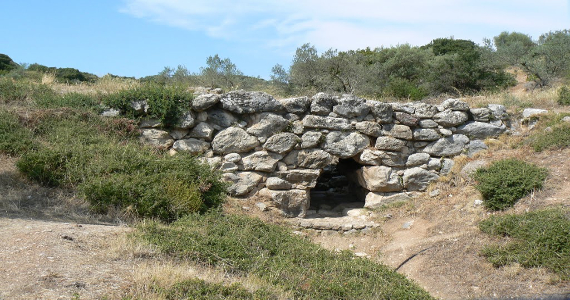 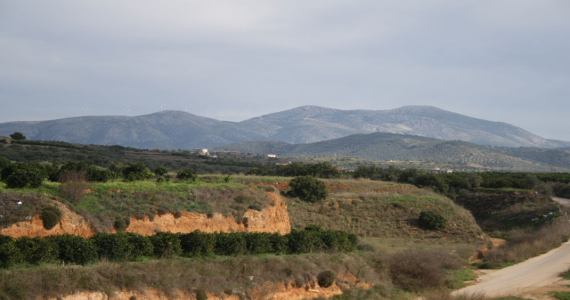 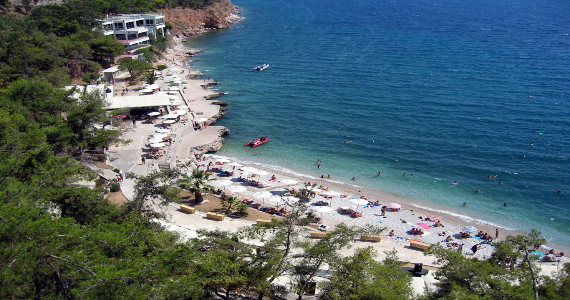 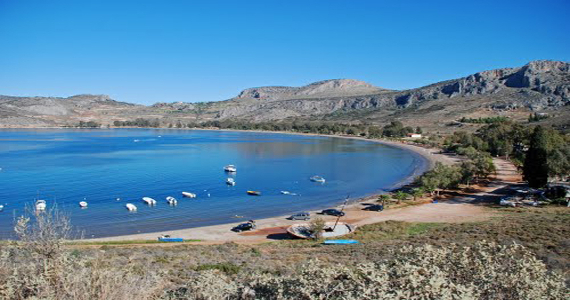 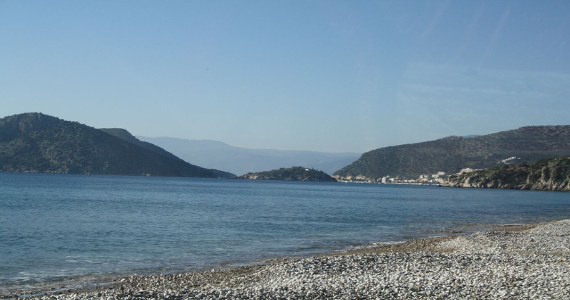 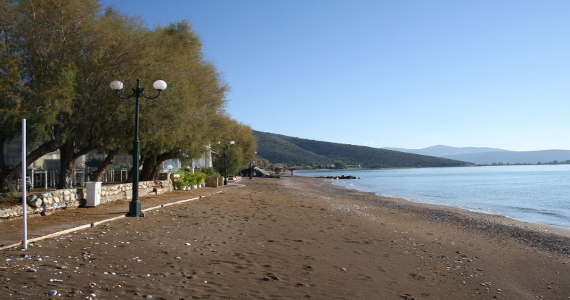 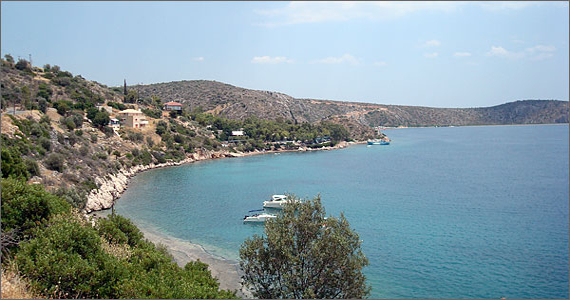 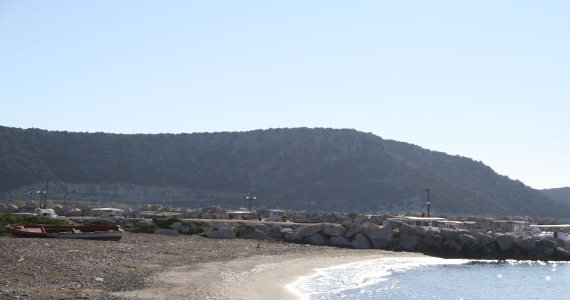 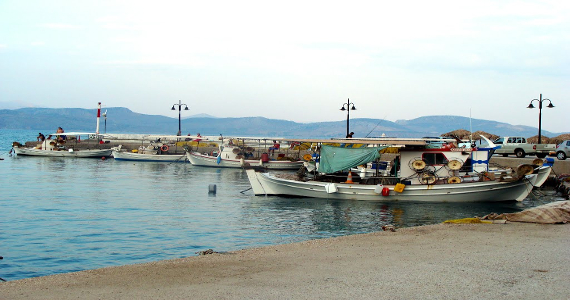 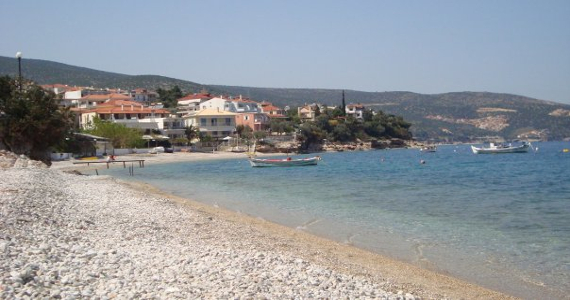